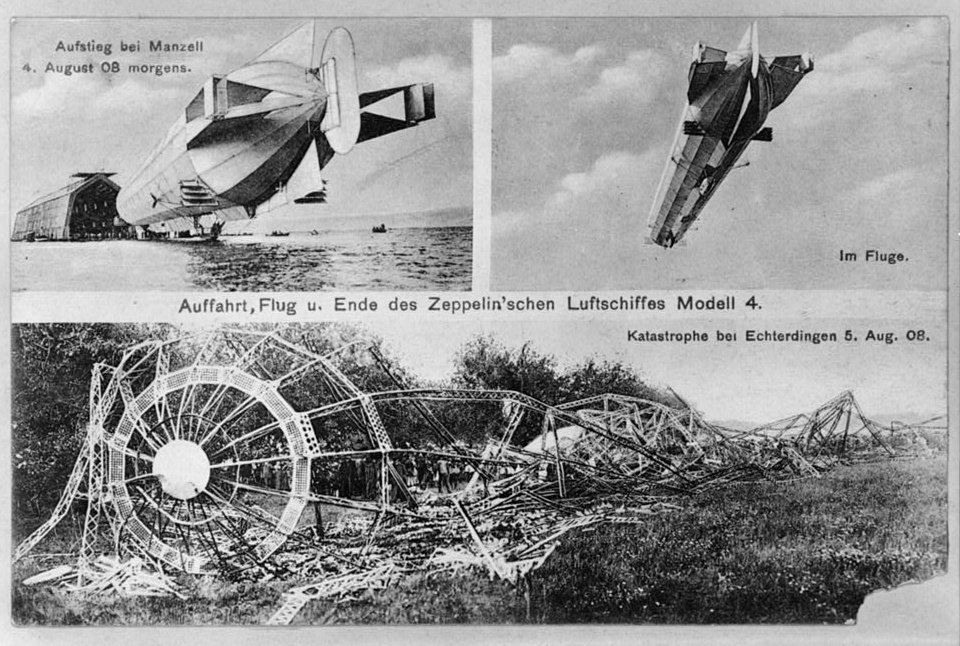 From Wikipedia (Original source: Giants in the Sky: A History of the Rigid Airship, Douglas Hill Robinson, University of Washington Press, 1973): The disaster took place in front of an estimated 40 to 50 thousand spectators and produced an extraordinary wave of nationalistic support for Zeppelin’s work. Unsolicited donations from the public poured in: enough had been received within 24 hours to rebuild the airship, and the eventual total was over 6 million marks were donated, at last providing Zeppelin with a sound financial base for his experiments.